Securing the future: public attitudes toward planning and preparing for later life

Securing the future: public attitudes toward planning and preparing for later life

Resulting from well-documented pressures in the health and care system, a discourse that paints our ageing population as a burden, placing stress on a health and care system that is perpetually ‘in crisis’, has tended to predominate. It is against this backdrop that we recently wrote about planning ahead and have published a new report: Securing the future: planning health and care for every generation.

We invited stakeholders from across the public, private and third sectors to contribute their views and outline the developments we might expect in 5, 10 and 15 years’ time to better understand whether and how we might plan to impact different determinants of health and well-being in the short, medium and longer-term. We also commissioned Ipsos MORI to conduct an online survey to shed light on public attitudes toward the funding and provision of adult social care services.

1. Two-thirds say that individuals should be required to plan financially for later life – but there is less of a consensus about planning for adult social care

There is significant support for the idea that people should be prepared to plan and prepare financially for later life (67% agree, 11% disagree). When asked, specifically, about whether people should be required to plan and prepare financially for adult social care services they might require in later life, almost half of people agreed (49% agree, 21% disagree). Yet differences in agreement across the two questions are statistically significant – indicating that many people thinking about planning financially for later life might not be considering their future care needs.

Just as automatic enrolment into workplace pensions was introduced to help address declines in pension provision and better enable people to plan for their retirement, mechanisms to accommodate planning financially for future social care needs might also be needed as the ‘care deficit’ continues to grow.

Figure 1: Should people be required to plan financially for later life?

2. Respondents say that a range of stakeholders should be responsible for delivering adult social care, but most people believe that the greatest responsibility should lie with public bodies

When asked about the actors who should assume some responsibility for delivering adult social care, national government and local authorities were the most popular answers, followed by the NHS, family and friends, then voluntary groups and charities. This suggests support for a societal response to meeting social needs –  one where Government, individuals, families and friends, the NHS and a range of other bodies each have a role to play in tackling the ‘care deficit’. However, as Figure 2 shows, it is public bodies whom people think should assume most responsibility.

Looking at the breakdown of who should have the most responsibility for delivering adult social care, the highest proportion of people (35%) say that this should be national government – a result which is interesting given the significant role of local authorities and private providers in meeting social care needs. The extent to which responses to this question reflect a desire to shift toward central government responsibility for the delivery of adult social care, as opposed to resulting from reflecting a well-documented lack of understanding when it comes to the scope and provision of social care, is unclear (Gregory, 2014; IPPR and PWC, 2009).

Figure 2: Who should have the most responsibility for delivering adult social care? 3. There is significant support for increasing income tax to fund social care – especially the higher and additional rates

The majority of survey respondents support increasing income tax to pay for adult social care services – 71% support at least one of the three income tax rises shown in Figure 3. Levels of support rise slightly with each tax bracket – from 50% supporting an increase in the basic rate, to 57% for the higher rate and 58% for the additional rate. Similarly, levels of opposition decrease from 25% who oppose increasing the basic rate, and 18% who oppose increases in higher and additional rates of tax. These indicative rises in income tax for each tax band were used to gauge the general willingness of individuals to contribute more to pay for adult social care. Despite high levels of support, there were some degrees of variation – by region, for example, with the highest level of support for increasing additional and higher rates in the North, and by age, with support for each increase generally strongest amongst older age groups. The overarching picture, though, is one of fairly broad support.

The actual amount of any rise in contributions, the balance of where this should fall, and the targeting and mechanism for delivery of additional funds were beyond the scope of the survey we commissioned.

Whilst our findings point toward something of a consensus, it is notable that significant numbers of respondents either don’t have a firm view about the questions asked or, else, answered that they ‘don’t know’. And, yet, the funding and provision of social care is something that will affect most of us at some point in our lives.

There is, then, more to be done to ensure that people are well-informed and meaningfully engaged in a national debate about the future of adult social care provision – a debate that Lord Filkin calls for urgently in his contribution to our latest report.

Specifically, political leaders need to engage the public in an honest conversation about what future social care services could look like, how much this is liable to cost, and who should pay for it. This is an essential first step if we are to plan ahead and secure the future for every generation. 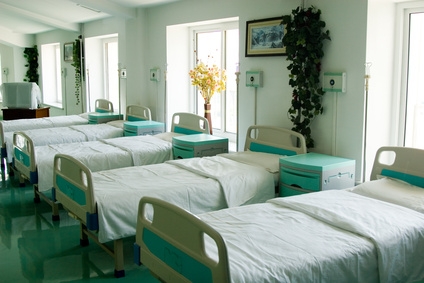