This year’s NHS winter pressures have been unrelenting. NHS England Chief Executive, Simon Stevens, said that February was probably the “most pressurised month the NHS has seen in its nearly 70-year history.”[1] Patients were diverted to other hospitals to receive care, receiving treatment from ambulance crews while outside waiting to be admitted, and bed occupancy rates remained far higher than the safe limits put in place to reduce the spread of infection.

With avoidable emergency admissions increasing, waiting times for elective treatment rising, and public satisfaction in parts of the service at new lows – what should officials and ministers do to tackle these challenges and the negative perception that comes with it?

A 2.1% increase in the number of emergency hospital admissions[2] was recorded in 2017 in comparison to 2016 figures. These rising admissions have been monitored by the National Audit Office[3], looking at the key challenges but also the progress made to reduce these pressures and the overall impact on performance. But, the truth is there isn’t an easy way to tackle this. NHS England is looking at what could work like reviewing the length of stay and growing day-case treatment. Other possible options, advocated by Public Health England for many years, include targeted prevention and the use of alternative forms of more appropriate care and support, at an earlier stage.

The real takeaway from this is that if we don’t start to tackle admissions pressure soon, patient care will be at risk. It’s claimed there were more than 10,000 additional non-flu related deaths in England and Wales in the first several weeks of this year.[4] There have been calls to investigate this further, but the numbers highlight a growing problem. To better understand these statistics, there needs to be better transparency and clarity of the data, how the NHS handles it, and how claims of moving reporting goal posts has created confusion over what ought to be included.

To deal with the winter crisis, several NHS trusts postponed elective treatment and outpatient appointments a month after NHS England lifted its suspension. The targets around these have now been abandoned altogether.[5] Some trusts have said they will resume elective activity ‘as soon as demand for urgent care returns to more normal levels’.[6] Other measures under 2017 contractual discussions have seen some trusts forced to implement cost cutting measures, moving spending commitments into the new financial year to balance budget pressures ­– a clear move towards greater rationing.

The issue is the general make-up of hospital inpatients – predominately older, with mobility issues and long-term conditions (LTCs), placing pressure on services because they don’t have care packages in place in order to be discharged from hospital. Local government funding has been significantly cut over the past eight years and has almost certainly contributed to the growing number of delayed transfers of care (DTOCs). It’s also the case that these patients often leave hospital less independent than when they arrived, making recovery and rehabilitation more challenging.

GP surgeries are at breaking point with reduced ability to handle demand. Reducing readmissions could be achieved by improving continuity of care in local surgeries, encouraging practices to proactively see those with LTCs, anticipating and managing conditions outside a hospital setting. There are some more radical ideas being floated, including separating out primary care for over 65s from the provision directed towards children and working-age adults.

Public satisfaction at an all-time low

According to the British Social Attitudes Survey,[7] public satisfaction with health and care has fallen to record lows – staff shortages, government reforms, declining funding levels and longer waiting times being among the chief concerns. However, in contradiction to the attitudes survey, other sources show that a new record level of people say that services hadn’t fallen short of expectation.[8] Those surveyed were content with services being free at the point of use, the quality of care and the positive attitude of staff.

Older people tend to use a wider variety of health services more frequently than any other demographic[9] which brought about an interesting finding – older people remain more satisfied with services than younger people. Is this because those people using services have an appreciation for the system and see the situation and its difficulties in their entirety, or is it because younger people are used to a more rapid level of service resulting in an ‘I want, I get’ attitude?[10] This could very well result in a culture split.

It has been suggested on many occasions[11] that one way to fix the problem is that a career as a GP should be a more attractive proposition. This is because regional declines in the number of GPs over the past few years needs to be rebalanced in some way. This is now being worked on with five new medical schools being created – 90% of student places being made available outside of the capital.[12]

“The shift in public mood has been a long time coming…it is clear that, despite continued unwavering support for the underlying principles of the NHS, the public is increasingly worried about these problems.”[13]

Both Simon Stevens and Jeremy Hunt have been more vocal recently, calling for a new funding approach and a longer-term plan to deal with the core problems encountered across health and care. However, there are many reasons illustrated in this text alone that show this might not be enough. The issues are inextricably linked and go far beyond just capacity and funding – the way provision is structured is fundamentally not working in the way that it should.

There needs to be a reinvention of the patient journey, particularly for older people, with a focus on independent living, ensuring homes and communities are ‘designed for age and mobility’.[14] This could be one way to reduce pressures on local health estates, rebalancing what care happens at home against direct hospital admissions. Now that winter is over for another year, let’s hope that the spring gives our health and care systems the much-deserved respite it needs.

[2] NHS England’s definition of an emergency admission is ‘‘when admission is unpredictable and at short notice because of clinical need’’.

[7] Conducted by the National Centre for Social Research (NatCen), http://natcen.ac.uk/

[8] Public Expectations of the NHS, Bobby Duffy, Ipsos MORI as featured in The King’s Fund (12th February 2018) – accessible at: https://www.kingsfund.org.uk/blog/2018/02/public-expectations-nhs

[9] Except pregnant woman and those with disabilities.

[10] Public Expectations of the NHS, Bobby Duffy, Ipsos MORI as featured in The King’s Fund (12th February 2018) – accessible at: https://www.kingsfund.org.uk/blog/2018/02/public-expectations-nhs

Are the Government’s guiding principles for better social care a step in the right direction? 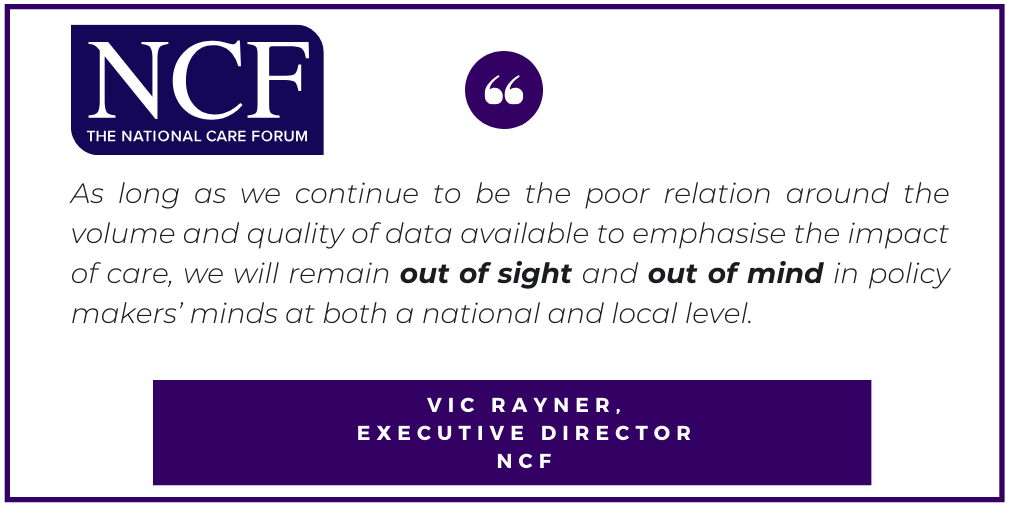